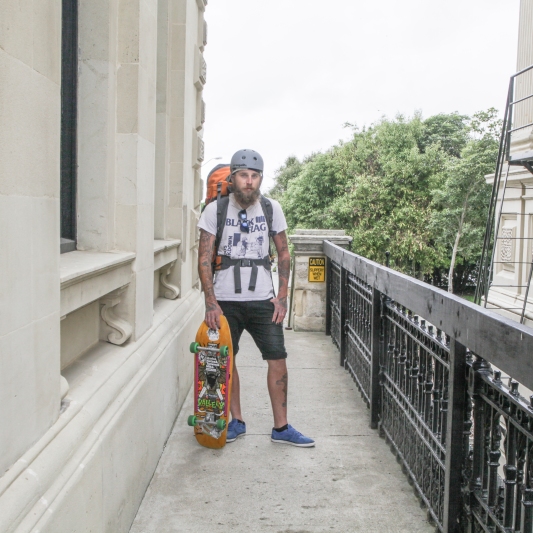 Apart from commercial projects that we currently undertake here at TheCameraBank, we also believe in the active championing of social causes by introducing ’Their Stories’, an initiative to showcase unique snippets of unseen everyday life.
Should you come across any individual/group’s story you wish to be documented by our professionals, kindly leave your contact and details and we will get back to you.
However, as our organisation receives multiple requests both on a local and global level, our resources will allow us to review and only document the stories that are in alignment to the philosophy and vision of the campaign.

‘Their Stories’ is a not-for-profit initiative that is currently fully funded by TheCameraBank. If you share in our purpose and causes, do pledge your support via any form of contribution(s). Your support is immensely appreciated. To contribute, do contact us via email at theirstories@thecamerabank.com.

With what started as a childhood hobby, humour has quickly became the center of Mr Rewa Mirpuri’s works. The Books of Humour series has already sold over 125 000 copies on top of that, been highly acclaimed by the late Dr Wee Kim Wee.

Mr Rewa’s journey started after retiring where he joined the rotary club of Singapore in hopes to give back to the society; giving talks as to how to incorporate humour into our presentations, how to capture the audience’s attention and even how to use jokes to liven up everyday conversation. While bringing joy to a conference one Rotary club event, he was approached by Ettican Ramasamy, a district governor at that time, whom suggested to Mr Rewa to compile these jokes into a book to raise funds.

Driven by his passion, Mr Rewa dedicated his time and effort, delving into a wide array of jokes and personally tested them on a live audience, before putting the ones that brought the house down into the pages of the books. But like all great achievements in this world, these books would not have been possible without the help of his Rotary club members.

One would expect Mr Rewa to be living luxuriously through the profits from the books, but that could not be further from the truth. Instead, he ensures that all proceeds earned are given to charity. On top of which, Mr Rewa has also extended the sales of these books to other charitable organizations namely Asian Women’s Welfare Association, Lions Club of Singapore, and Singapore Children’s Society in a no strings attached arrangement. As Mr Rewa Mirpuri wisely stated, “What better than laughter, for a good cause?”

heap seng leong has never changed since its opening in the 70s. While society has progressed, it has not budged one bit into modernising, but stood the test of time.
walking in is more than just a walk into a coffeeshop – it is a living museum.
more than just a visual experience, it engages all senses into play.
we do not really have to look forward all the time to seek for beauty, sometimes all we have to do is to look back.

You would expect him to be looking forward to retirement but despite working for 6 and a half days a week for the past 30 years, Uncle Peter has no intention of retiring. Like our former prime minister Mr Lee Kuan Yew, Uncle Peter believes working till the very last day.
“Don’t retire, continue to work, work until the day you die, like Lee Kuan Yew, work until the end” Uncle Peter’s philosophy views working not as a chore but as a way of life. Instead of a boring necessity to make ends meet, work is what keeps him alive.
Written by Eshley Lee

Skate for Hope informs, educates, inspires and brings hope to the people of New Zealand. In a country with one of the highest suicide rates in the world, especially among male youths it is vital to find avenues that can spark hope, raise awareness and connect with an audience so often left un-catered for. I believe that Skateboarding can save lives. While skateboarding from Cape Reinga to Bluff from November 2015 to January 2016, I will be visiting schools, churches, skate parks and youth centres to tell my story and encourage others to stand their ground and take action against mental health issues. My goal is to spread awareness about depression and other mental health issues and educate New Zealanders about how to deal with them, as well as raise funds that i will donate to non-profit organisations that provide support for people with mental health issues and spread the word about how skateboarding can help save lives. We aim to bring hope, break stigmas, inspire change and educate the masses.

In a world where apathy is often the currency I believe a little hope can go a long way.

TheCameraBank would like to thank every nurse in Singapore for their hard work.

Behind every big event, is a group of dedicated individuals with their own stories. How did they embark on such a journey? What were their toughest moments?
Through a series of interviews we hope to break down the usual impressions of sporting events like these and shed new perspectives – the perspectives of people who are directly involved in building this event and let them share their journey, hardwork, and the many small stories behind the big event.